I, a citizen of Nepal, say that my country is not a peaceful country in reality. I, a Nepalese yell that Nepal is not a country of brave, generous, patriotic or dispassionate people. I, an optimistic person say that Nepal is not going to taste the sweet fruit of development ever in its future. “Nepal fosters peace, love tranquility, Nepalese are ready to sacrifice their lives for the sake of the nation, on and so forth”, whatever things are said similar to these, all are fake. Whatever we say about our country and ourselves were probably relevant in the past but not relevant at present. Certainly, anyone who reads this or listens to these words of mine would say that I am a pissed, mad and an unpatriotic guy. But I am not so, rather I have dared to speak about the bitter truth.

I, a 16-year-old teenager, may not have understood the society profoundly but I have been able to analyze this society in my own way.

We, the boastful people are not civilized. And our country, Nepal is not marching on the path of development, peace or prosperity. Every Nepalese is hungry for so-called luxurious life, life where one has a pond of money, where one has some acres of land in Kathmandu, where one has dozens of three-storied buildings in main cities of Nepal, etc. Every person has a ridiculous aim of his/her life, which is to go to a foreign country, earn some money and ultimately return back to Nepal and build a spacious house and live so-called happy life. I want every Nepalese to change their ultimate aim of life. I want them to understand the real meaning of life. Life is not just for enjoyment of oneself. A significant number of people are under poverty line. They don’t have good clothes to wear, good food to eat and good roof to hide their vulnerable body. I will that every Nepalese think about others too. We, the Nepalese all-round the globe are known for brotherhood, selflessness, kindness and generosity. I am not wrong if I say that what other people think about us is absolutely fake. And I am also known about the few exceptions that disagree with the above statement.

“BUDDHA WAS BORN IN NEPAL”,”LORD BUDDHA WAS BORN IN NEPAL NOT IN INDIA”, these statements can be seen in the T-shirts of some Nepalese youths, they are also written on the buses, and on the posters held by some people in the stadiums during Nepal-India football, cricket or any other sport matches. But I would like my people to burn the posters on which “BUDDHA DOES NOT BELONG TO INDIA” is written. I want my people to dump the clothes and the vehicles on which “BUDDHA WAS BORN IN NEPAL NOT IN INDIA” is written. In my opinion, Buddha is neither of India nor of Nepal but of people who follow the path shown by him. And Nepal has no right to say that Buddha belongs to it only. If you ask to a Nepalese questions like these, “In which district Lumbini is situated?, “Have you visited Lumbini?”, then you will certainly get “Uh,………I don’t know” as an answer for the first one and a big “No, not yet” for the second one. And if you ask “Can you tell me any one of the teachings of Buddha that you have practiced in your life?”, the reply you get is again a huge “NO”.

I say the people who don’t know about Buddha profoundly, who don’t follow the teachings of Buddha, who don’t know what Buddha wanted people to do, and so on, don’t have the right to say that Buddha belongs to them. I mean to say that we are moving towards darkness. We just want to be proud and boast of living in the nation where Buddha got born. India, China and Myanmar are the countries where the teachings of Buddha have been implemented. But if I see Nepal, I feel shame. I don’t want my people to yell “BUDDHA WAS BORN IN NEPAL” in the streets, in the stadiums and in the social media. I just want my people to materialize the things told by Buddha in their lives.
When nothing is happening in the country, we criticize about the nothing. But if something is initiated, we again throw tons of criticisms at that something. The Traffic Control Department of Nepal Police has recently implemented plans to cease the blowing of vehicular horns inside the valley. But we turned mad at that decision. People criticized that decision by saying that the traffic police wanted the conductors to use whistle instead of horn for clearing the obstacles. We, the die-heart fans of criticisms, didn’t think that the vehicles were creating unnecessary noise and aiding to noise pollution.

Traffic cops also implemented an outstanding plan of charging Rs.200 for the pedestrians who don’t use zebra crossings and we, the great criticizers again made this plan a big flop. Yes, it’s right that there are no zebra-crossings in some important places, and there is no satisfactory traffic management. But the fault is again, of ours. We, the busiest people in the world, want to go to work and return back home fast, so, we violate traffic rules. Consequently, traffic jams frequently occur. And again, we curse the poor traffic cops, who have to stand in the middle of the road every day, inhale kilos of dust and face rain, storm, scorching sun and severe cold, for not managing the roads.

I say,” We, the Nepalese are born to criticize.”
Some good people have rose overcoming various dangers and criticisms like the sun rising above the clouds. People like Kulman Ghishing, Sushila Karki, Dhurmus-Suntali and Rabi Lamichane are the incarnations of God. They are the ones to be worshipped. They are the living Gods and Goddesses. But again, this society doesn’t like good people doing good works for the society. So, Kulman Ghishing was made to cry because he uprooted loadshedding, an impeachment motion was filed against Sushila Karki because she fought against corruption and Rabi Lamichhane was said an unpatriotic citizen who has American citizenship because he made some efforts to heal the wounds of some poor Nepalese. If these people are discouraged and emotionally murdered, how can our society develop? We have to support people like them,then only our country will satisfy its thirst of development.
It’s time to introduce a new slogan “Nepal is a country blessed with people like Kulman Ghishing, Sushila Karki, Dhurmus-Suntali and Rabi Lamichhane.”

Question and Answer with Shishir

1.Tell us more about you

I am a student studying in grade 11 at St.Xavier’s College, Maitighar. I am currently staying at Samakhusi, Kathmandu. I love writing essays and poems.

2.What was your thought when you applied to Wordism competition?

Well, I was just happy about finding the platform where I could express my talency of writing.

3.What are your dreams and aspirations?

My dream is to become a doctor and a writer. I want to write novels in future.

4.How do you feel about becoming the Wordism Runner Up for the month of Mangsir?

I feel that my articles are worthy and I should keep on writing. I also feel that improvement is needed in the way I write articles.

5. Anything you want to say for who is reading this!

We, the Nepalese should change our perception towards the government, our rights and our duies and the way we behave with others. We should try to change ourselves with the time and act accordingly.

If you want to Express yourself, your humor, sarcasm, honesty, innocence, creativity, frustrations, happiness, your emotions, feelings through words then Click Here to participate in Our Wordism Writing Contest. 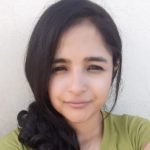 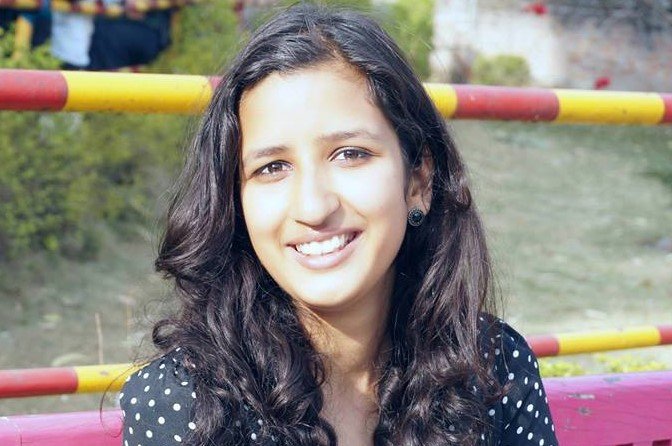 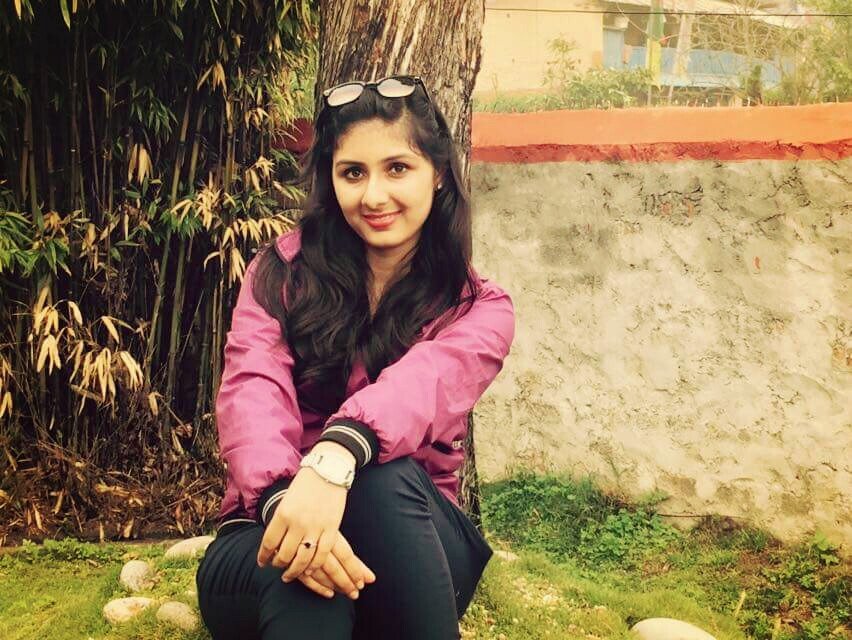 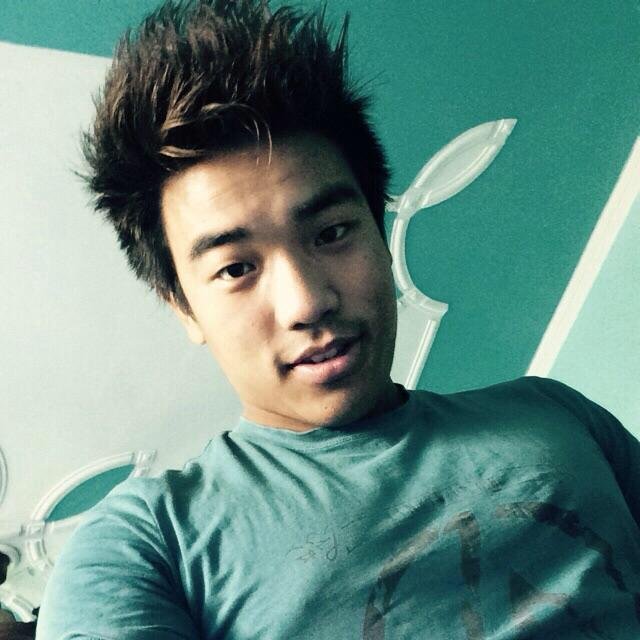 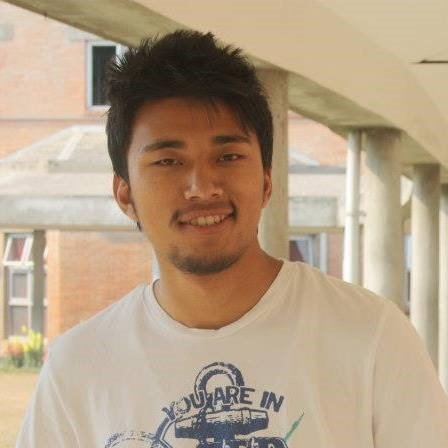